When people think about Polaroid's crowning achievement they think about the folding sx-70. A work of art employing sophisticated technology in a foldable slr, it is deserving of the praise even to this very day. But what of it's lowly cousin, the plastic non-folding sx-70?
This particular camera shoots on the same artsy sx-70 100 asa film, but does so in a more conventional way. The general shape of it is that of a 600 camera minus the built in flash. Depending on the model it was available with variable focus, fixed focus, sonar autofocus, tripod socket, accessory kits, cable release socket, accessory self timer, and a huge variety of after market electronic flashes. The most popular(and the inspiration for the instagram logo) was the white rainbow Onestep. This camera has a fixed focus, so you just point and shoot. For a flash it takes flash bars or you can hook up an electric flash. 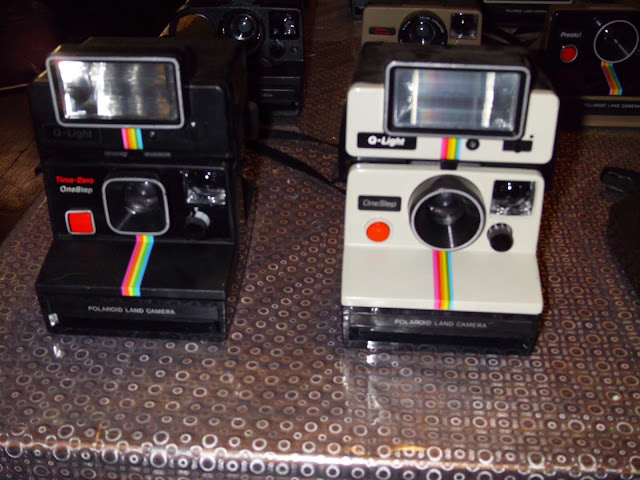 This was the camera that was featured in countless movies, but the ones that stick with me are Gremlins(1984) where Phoebe Cates used it's flash as a weapon against the light sensitive antagonists. Guillermo del Toro wrote in a mini homage to Gremlins with his protagonist using the same camera as a weapon in the same way in Don't be Afraid of the Dark(2010)!
My two favorites are the RF versions and the sonar versions. The RF version is variable focus but actually includes a fully working rangefinder. The sonar version is so ugly it is pretty. It is the one that has a gold disc on the side. It allows auto or manual focus. Most of these cameras are actually better than most of the 600s(again my opinion). They offer far more creative control. And creative control is good. 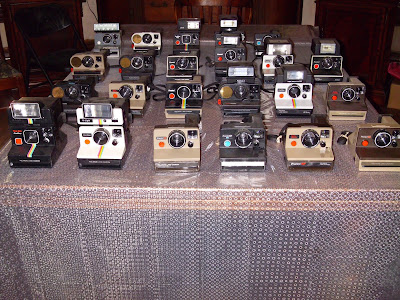 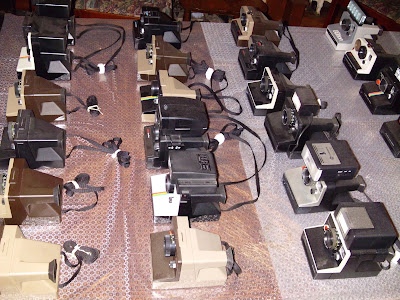