My Polaroid obsession part five: I-Zone cameras- no rationalizing this!

How does one become a collector? Though there are many ways to rationalize collecting (preserving, sharing, specializing in, investing in, etc.) I chose the low road- denial.
My father has always been a collector, collecting stamps, postcards, military patches, and license plates. He knows just about everything there is to know about his license plate collection. His last apartment was basically papered in license plates, and he has a story or connection to each one. To the outsider, this collection bordered on obsession.
So when my wife pointed out that I was a collector of musical instruments, full blown denial kicked in. Though I have always heard that the apple doesn't fall far from the tree, I didn't want to be so easily labeled. What collection? All of my musical instruments are fully functional, and all are occasionally played. I don't own a single wall- hanger(useful only for aesthetic purposes)! Surely if they are all functional, then it is not a collection as much as a group of tools.
When I started collecting Polaroid cameras, I continued to employ this skewed logic. All of my cameras are fully functional and they still make film for them. If you have been following my Polaroid obsession, so far I have only shown cameras that are fully functional.
When I started collecting the I-Zone cameras, I had to learn to accept my addiction. Hello, I am Aaron, and I am a camera collector. The reason for my acceptance is that these cameras don't take any kind of film that is available. Even the expired film I have found has not worked in them. They are officially for legacy only. They also may exist as a cautionary tale!
Dr. Edwin Land, the inventor of Polaroid, was very much against making cheap, mass consumer products. His idea was to allow everyone access to cameras and instant development, but never at the cost of creating a bubble gum and sugar cereal type product, and this is exactly what the I-Zones were. They were marketed to children and tweens, and they were a powerful short term market. They made them with bright colors, simple use, sticker backing, and convenient size. They were an early version of the facebook post. You snapped them, shared them, stuck them on your wall, and wrote on them. Dr Land would have liked that part of the product, as he wanted shooting instant film to be an event. What he wouldn't have approved of is chasing the latest trend- the flash in the pan. He was about long term innovation.
Business wise, they were the hare, when Dr. Land preferred the tortoise. Not to say that he was slow, but he was steady. Dr. Land actually has the second most patents secured ever, with only Thomas Edison as his better. This “hare” shareholder and bottom line mentality was eventually the death of Polaroid.
So here is what collecting has become to me. It is a legacy preserving action, the parts forming the whole as a unique art piece. The collection is about content- not just about surface. There is a deeper read. Obsolescence captures the movement of time, and often the color, design, shape, and purpose of the object captures the spirit of the era. Oh, yeah- it is fun, too. 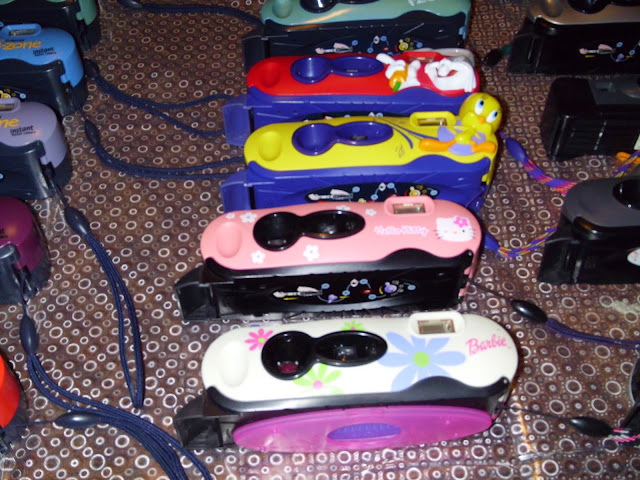 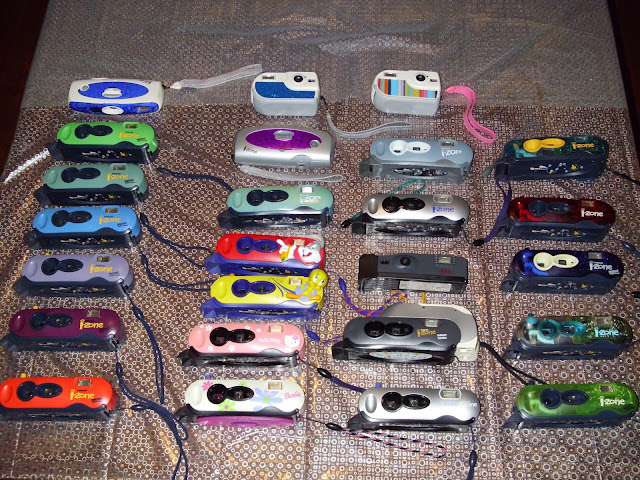