Perhaps the most popular Polaroid camera today, the folding SX-70 was a design miracle at it's inception. It was the first folding slr, and the first camera ever to use integral instant film. Prior to this camera, the film shot from an instant camera required you to peel away a negative and dispose of it and some other scraps of paper. The breakthrough was that the integral film contained everything within one picture and ejected it out as a fully contained unit- no messy stuff to dispose of. Another miracle of this film was that you could have the experience heretofore only known to the darkroom lab worker- you could witness your picture developing right before your eyes.
In the age of miracles and wonder, we may not appreciate what it required to do such white magic. Polaroid integral film has been described as one of the most complex man made chemical products ever. This is because so much happens in fractions of seconds. Darkroom photography happens in stages: exposure, developer, stop, fix rinse, all with different chemicals over a period of minutes in a dark, controlled environment. Rinse alone can take 15 minutes, and this is just black and white photography! Integral film had to put all of that into a tiny pod and have it spread evenly, temporarily creating a darkslide (opacifier) that disappears after a few seconds allowing us to witness the picture emerging!
Another miracle was the camera itself. Dr. Land told his engineers that it should fit in his jacket pocket, and showed them a Cross pen box. Somehow, in the early seventies, they created a folding slr that was not too much larger than the pack itself! Later modifications offered the sonar auto-focus, among other advances.
These cameras were used by artists and professional photographers alike. The early SX-70 film could be pressed around and messed with to painterly effect for hours after taking the photograph. Andy Warhol is just one name in the “ who's who” of famous artists who worked with SX-70.
Fast forward to 2008. Polaroid discontinued their instant film and The Impossible Project(TIP) stepped in to fill the gap. With the next generation of film, The Impossible Project brought about a renaissance in the use of these old cameras. Available through TIP, Ebay, and Amazon, these cameras are afforded a second life. The “skins” or leatherette covers, are often worn or cracking, so enterprising people have stepped in to offer skins in many more colors and styles than were ever available before.
My collection consists of mostly re-skinned SX-70s, one re-skinned in actual wood veneer! The one with the gold skin is actually my favorite- given to me by my father in-law. He handed me this dirty chunk of something and said he thought it might be a camera, but he couldn't be sure- he didn't know how to open it. That chunk of something is what I enjoy shooting with today. 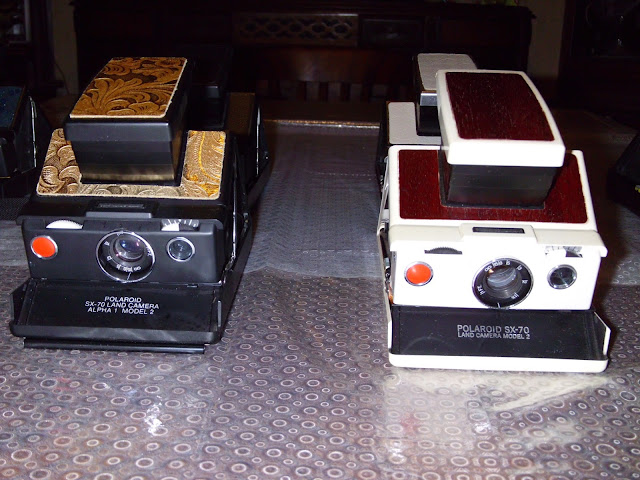 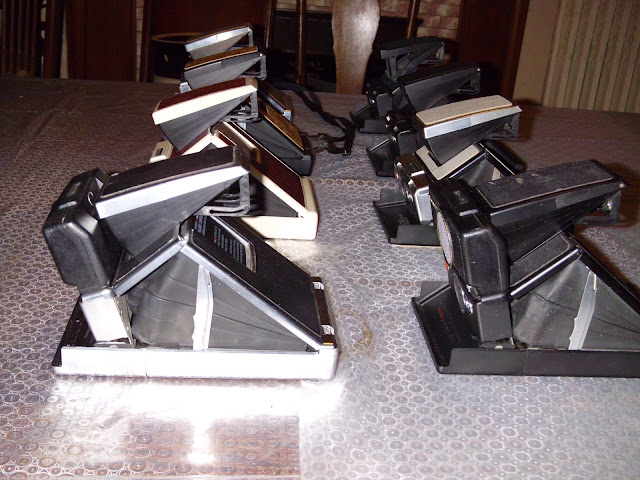 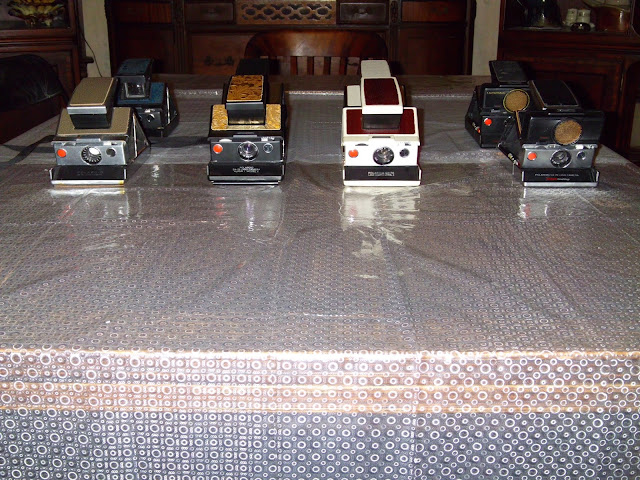 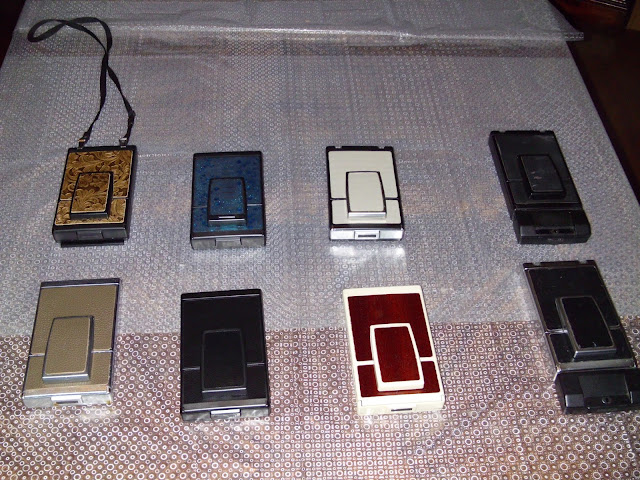