Let the Goose loose, or make a Polaroid 600SE 120 back- without a Mamiya M adapter.

One of my favorite cameras in my instant camera collection is my Polaroid 600SE(Goose). It is a rather large and heavy press camera made by Mamiya for Polaroid in the style of the Mamiya Universal Press. It was designed for use with 3 lenses, a 75mm, a 127mm and a 150mm. What makes this camera special is that it is a fully manual professional camera designed for type 100 packfilm.. For the novice to instant, that is a peel apart film that at 4 ¼ x3 ¼ – well within the medium format standard. Usually sold with the packfilm back, this camera could be adapted to shoot 120 film and anything else available to the Mamiya Universal. The only performance difference between the two cameras is that the Polaroid shoots full frame, while the Universal gets some vignetting while shooting packfilm.
Now my conundrum- the 600SE is super expensive and anything having to do with it is also pricey and a bit rare. I have a workable camera with the standard packfilm back and 127 lens, but I do not have any other lenses, nor do I have the elusive Mamiya M adapter that will allow me to use other backs, like a 120 roll film back. Mamiya M adapters for the 600SE cost upwards of 200 dollars due to their rarity, and forget the lenses- they are in the 400 dollar range!
The irony is the more common Mamiya Universal Camera that looks almost identical can be found cheap and so can most of its parts and accessories! I picked up a working 120 6x7 film back for 20 dollars and have been waiting for a year to find an M adapter cheap. I will keep waiting, because there has been an announcement that Fuji will discontinue packfilm, so the M adapter becomes even more important for people to shift to 120 after the supply runs out!
I haven't given up finding the lenses and the M adapter, but I decided to try and shoot with 120 sooner rather than later. Using an extra packfilm back from my parts pile and the Mamiya 120 back, I just spent an evening dremeling them together! This mod is simple, but if you do it you will put in a lot of cutting and filing time. In order to fit the parts together I cut both the bracket and the 120 holder. I managed to get two #4 nuts and bolts into the body of the 120 holder at one end, counter sinking the flat head screw on the inside, and covering it with electric tape to avoid scraping on the film. Felt would probably be better. I paired the four other bolts with the existing holes in the bracket, using washers as clamps to tie the bracket onto the 120 back. It is very sturdy! I used electric tape to fix all light leaks, but you can choose your poison on that. If I don't get a perfectly light tight seal, I will go the epoxy route. I finished it up by covering up all the raw cut metal with acrylic black paint.
There you have it- a nice way to waste an evening without Facebook! If you already have a Polaroid 600SE, I hope you were lucky and have an M adapter. If not, try this out- it is infinitely cheaper! 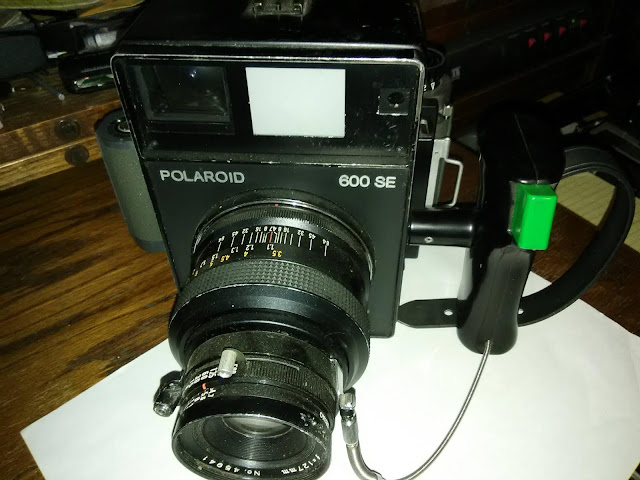 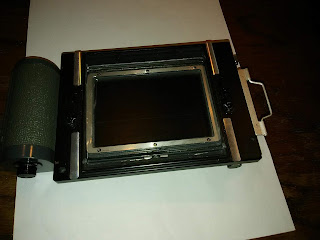 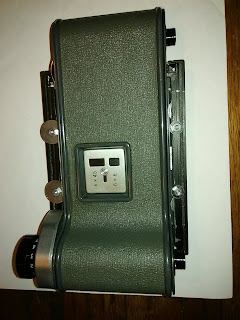 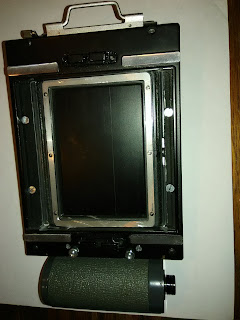 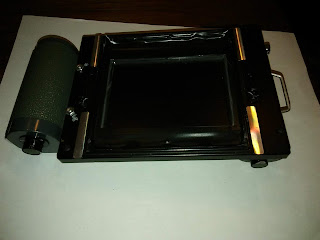 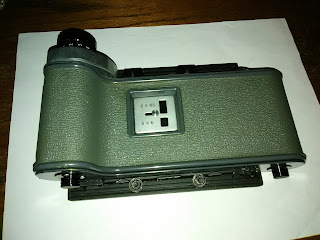 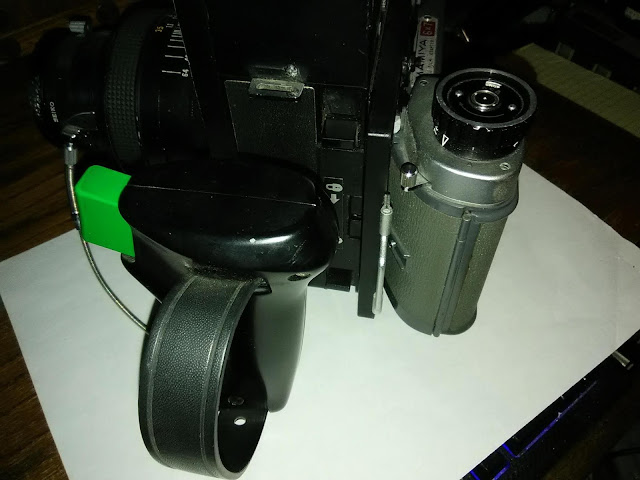