Saving your Onestep 2 from the landfill- camera reincarnation! 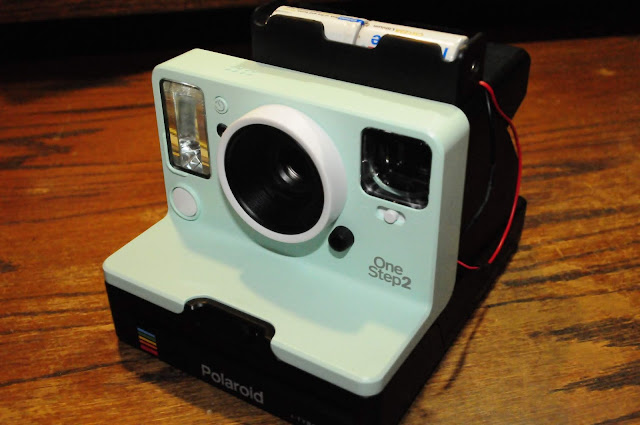 I love the Onestep 2. Polaroid’s first camera under the name Polaroid in a decade, it is an instant point-and-shoot that embraces the cultural legacy of Polaroid while adding some nice updates. The addition of a flash and a timer to the focus-free lens and led counter makes for some simple party snaps that anyone can do.
The one modern addition that I could have done without, however, is the integral USB charged battery. I am a big fan of Polaroid, likely one of the biggest. I have a collection of hundreds of working vintage cameras dating all the way back to 1948. The reason they still work today is that they were not built with parts that would stop working in a few years. Vintage cameras that shot integral film had the battery built into the film pack, so just add a fresh pack and you are ready to go!
Don’t get me wrong, I understand Polaroid’s choice to move the battery out of the film pack. It is expensive and wasteful to have it there. Discarded packs often have tons of life left after the pack of film is shot. Fuji and Kodak before them do not have batteries in their packs. It just makes sense.
Many Onestep 2 cameras’ batteries are failing and people are left with a cute brick. It is way too soon for these cameras to become obsolete!

As a proof of concept, I took my mint green Onestep 2 and added external replaceable batteries. I added two cr123s in series so it added up to 6 volts. At first, the results were sketchy, but I figured it was my ad hoc twisted wires loosely taped. After I did it right- soldering followed by heat shrink- it performed flawlessly!!

Note: Since this is just a proof of concept, you will need to forgive the aesthetic. You can come up with ways to pretty it up!

Here are my super-duper easy instructions in a few steps:
Remove the front plate. There are two tiny screws holding it on from inside the film door. Now gently pry back the sides at the tabs shown in my photos. The front will lift out and off easily. 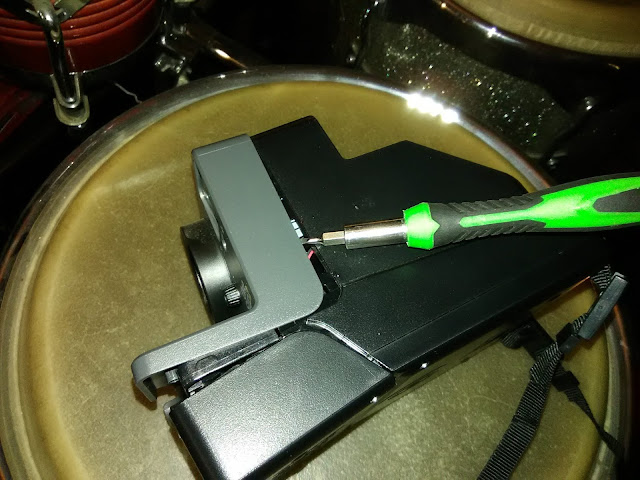 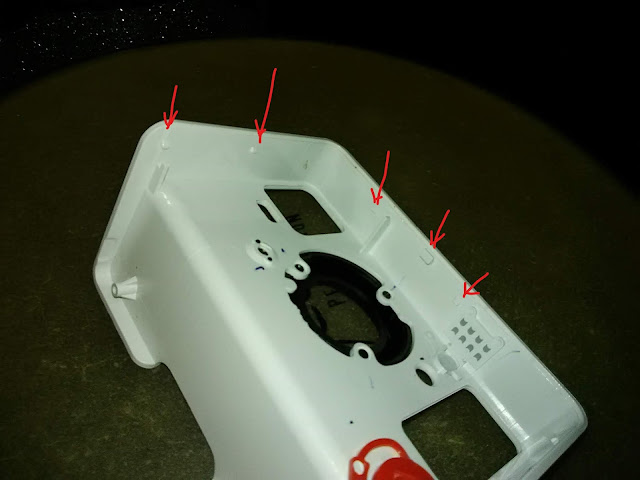 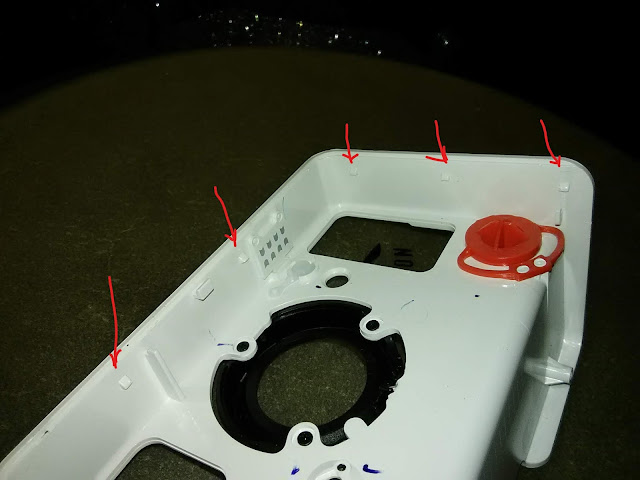 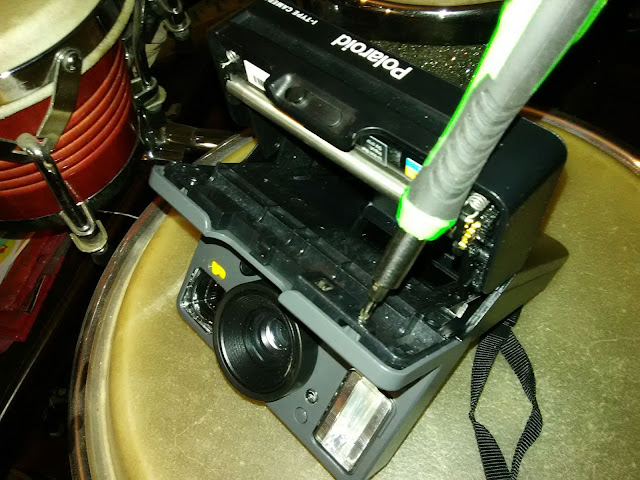 Locate the wires on the viewfinder side in the gap between the circuit board and the back half of the camera. You will see a red and black wire hooked on to the side of the circuit board with a tiny white plug. Ease the plug out and gently pull out all of the slack. You may get about an inch. This is the plug that goes to the battery located right under the viewfinder. Cut the wires with the scissors so you get the plug and as long of wire as possible. 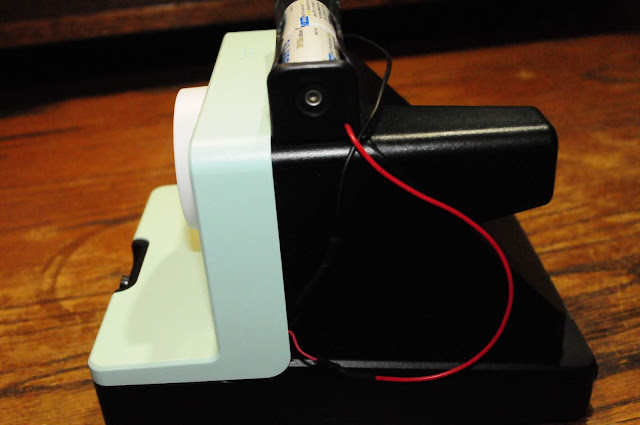 Connect the wire that has a plug to the wire on your battery holder. Red goes with red, black with black. Solder it, as a weak connection WILL cause a disruption in the function. Now plug the little white plug back in. 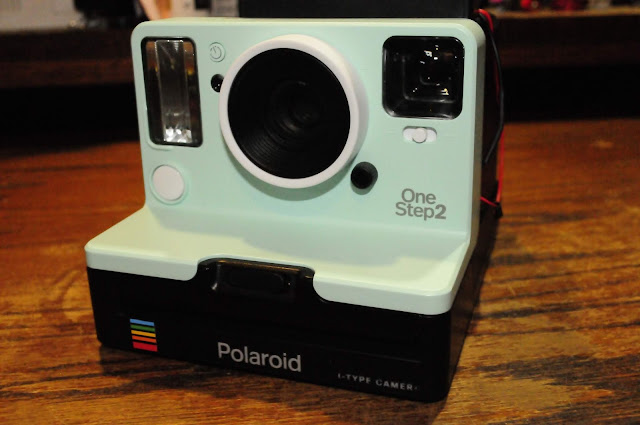 That is all there is to it! Feel free to mount the batteries to the camera any way you want. You can cut a notch out of the side when you put your front back on. I just snapped it back on and the wire seemed skinny enough.

A word of caution- I did not do this with rechargeable batteries, so I don’t know if the USB charger would work or go terribly wrong. I have no interest in that for myself, but if you try and succeed, please tell me the results!

I shot a pack through with this modification and it worked like a charm! 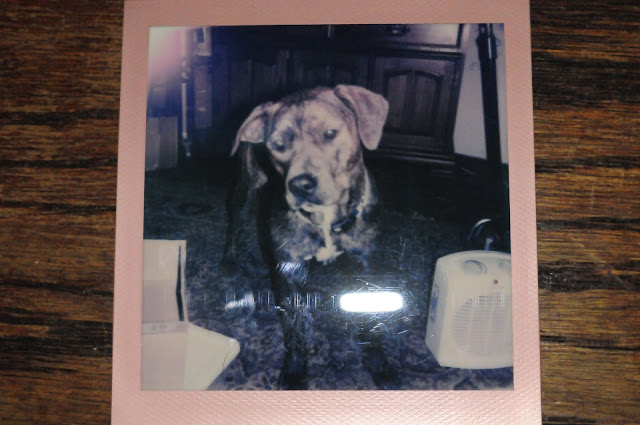 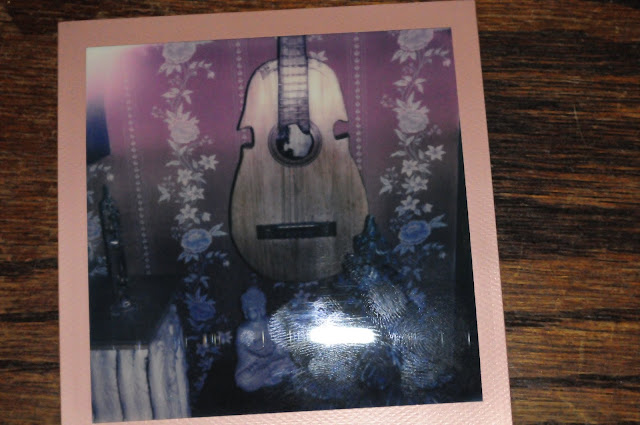 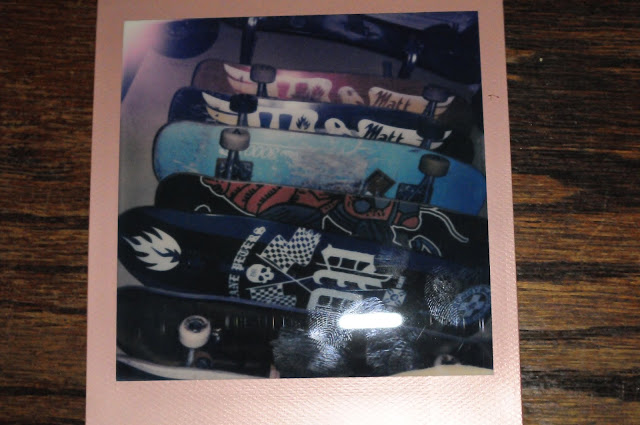 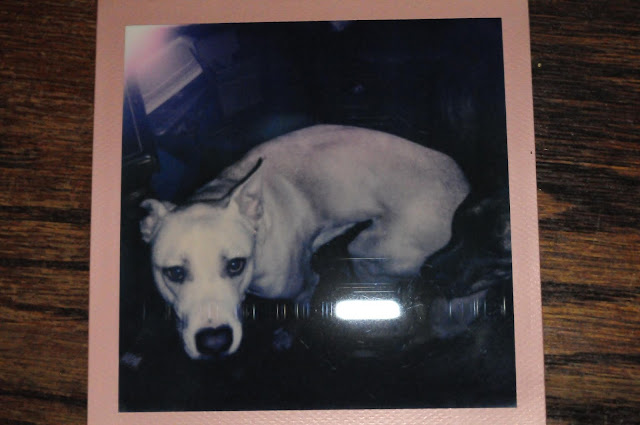 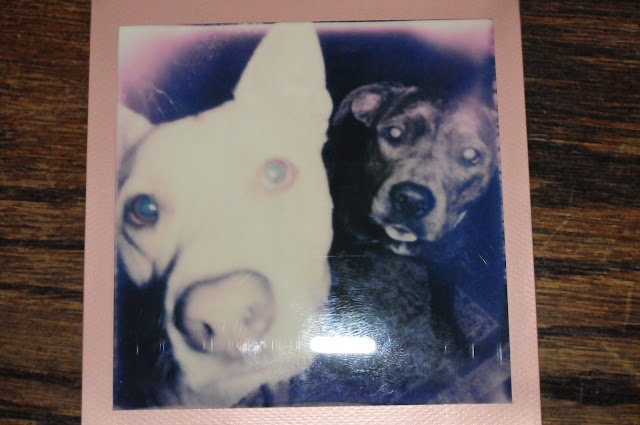