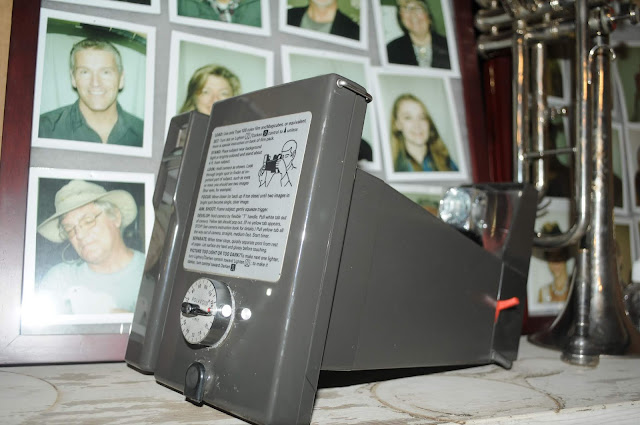 I tend toward the experimental with photography, but one area that I am a bit of a purist on is shooting pack film with my Polaroid Big Shot. I let the Magicube do its magic. I do the Polaroid shuffle to focus the camera (it is a fixed focus with a rangefinder to lock in focus). I do “no-frills” portraits of head and torso. I pinch straight down on the shutter lever all the way to the bottom of the motion. I even use the terrible development timer on the back of the camera. Until now!
About a third of my Polaroid camera collection is sitting pretty in an art museum in a collection show. Since I tried to represent important and interesting cameras, my Big Shot had to be a part of that display. I did not realize how much I would miss that collection until it was gone(and the show is 3 months long). This forced some change in my workflow. First, I built another manual pack film camera out of stuff I had lying around. I blogged about it here: http://www.lofianddiy.com/2019/09/polaroid-automatic-to-manual-conversion.html . And second, I dug into my parts bin and put together/ cleaned up a Big Shot. You see, I take a Big Shot picture of everyone who comes into my art studio, and I could not bear to miss out on a whole season of pictures.
The camera worked well, but the terrible timer kept stalling! Though I love the Big Shot, I acknowledge that it wasn’t built of the best stuff. Most of the Big shots I encounter have broken shutter lever posts, missing t handles, chips on the body, out of true rangefinders, and of course, anemic development timers.
Looking at the outside and inside of the film door, a removal and replacement operation looked to be quite easy. Many things that look easy can be time-consuming and hard, but this is not one of them. I did the project in minutes and it was as easy as it looked. 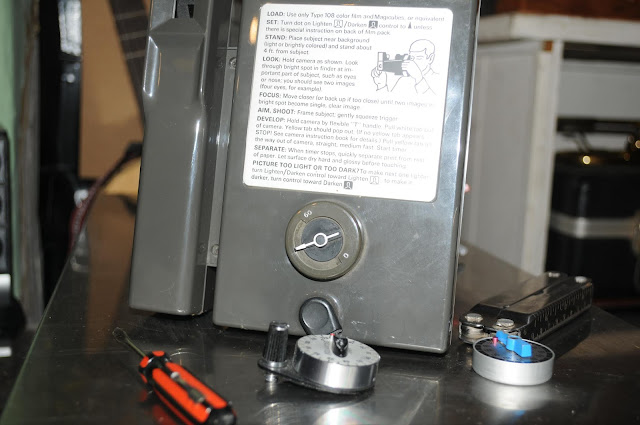 Polaroid had a few standalone development timers that could be mounted to your camera strap(model 128) or screwed into your tripod socket(model 120). There have been others, but those are the ones that I have found to be fairly common. You can also find timers on old plastic pack film cameras, but I have no experience using them. I chose to use the oldest, a model 120 because the build quality is excellent and it can be calibrated from the back with a standard screwdriver.
The first step is to remove the existing timer. I just pried it up with a knife and it broke along the glue line. I then used a sharp knife to scrape away the excess pieces. When you are done with this step, you will have a hole too small for either timer. Do not try to widen the hole to fit the timer, as you will end up opening a hole clear through the back. 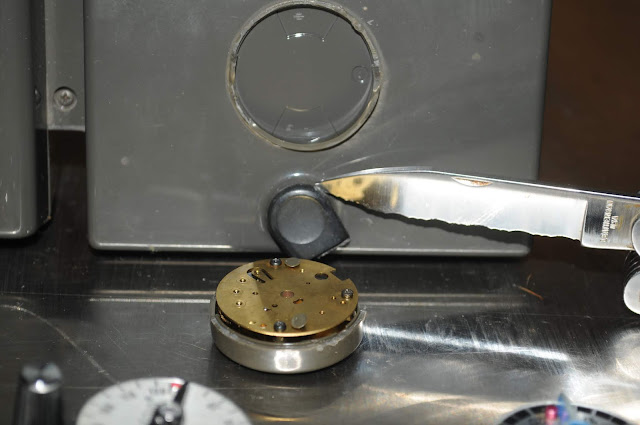 The timer will sit flush with the surface, covering the hole, but not sitting in the hole. I chose to use industrial-grade Velcro. It served the dual purpose of filling the hole and allowing for removal of the timer for calibration. I used strong Velcro because the adhesive side of it is super strong and will not fall off. Lesser Velcro will just eventually fall off. If you use the 120 timers, there are three tiny screws to remove on the back so you can get rid of the tripod screw plate. 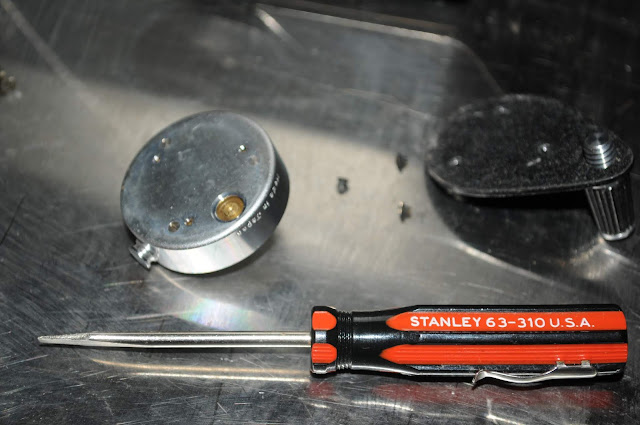 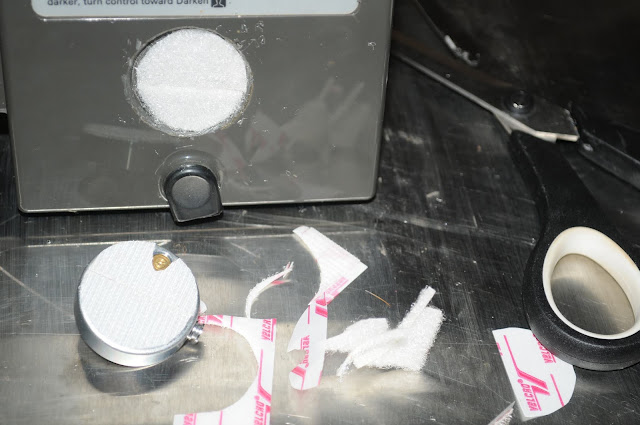 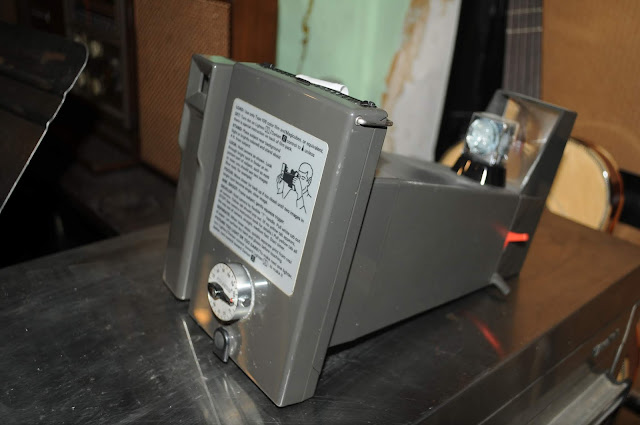