Fuji Instax Square- new badging on an old idea , or lying as a marketing tool.

Now more than ever, it seems that people are too comfortable lying and misrepresenting. From the president on down, lying is seen as a convenient tool to re-write history. Marketers have always done it, but it seems that the claims are becoming more outlandish. Enter Fuji and their new product.
Many- I dare say- most articles reviewing the Fuji Instax Square camera bill it as the first hybrid digital and analog camera in one. Those of us who have instant film in our blood know this to be at best misleading, and at worst an intentional deception. The earliest version of this hybrid technology I am aware of was made by Olympus in collaboration with Polaroid in the year 2000. It does almost exactly the same thing as this new Fuji Square , and in many ways was a superior product! Fuji is good at appealing to popular market and perfecting existing products-, but they are not an innovator in instant photography.
The Olympus c-211 had a resolution of 2.1mp- surprisingly high resolution for a consumer grade camera in 2000, while 17 years later the Instax Square has a resolution of 3.7mp- worse than many smart phones. The Olympus shot through some good glass with 3x actual zoom, while the Fuji is limited to digital zoom. Also, and I thought this was a great innovation that would be just as relevant today, the olympus let in sunlight behind the screen to make it easier to see the screen outside!
While arguably not the same thing, there have been countless digital to analog printers that use analog film, several made by Polaroid (like the Colorshot and the P-500) and a few by Fuji. The idea has also been explored with cameras that use Zink technology, and they have better cameras attached. The z340 was released 6 years ago and featured a 14 mp camera.
I know that Fuji is not the only company to misrepresent their product, but I don't think my silence does any service to those who don't know the facts. Lying has just become too pervasive. There is nothing new about trying to wed analog and digital- every analog film company has given it a try! 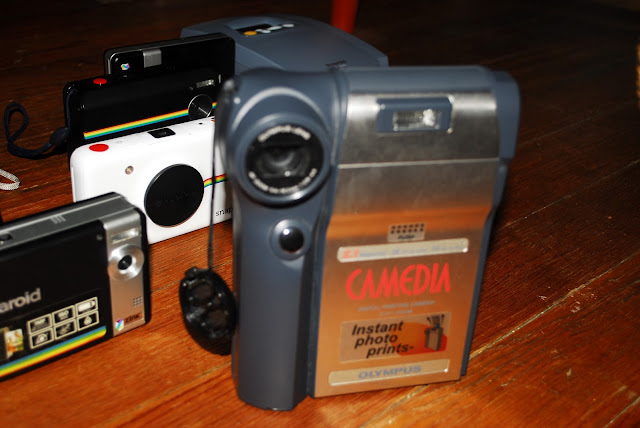 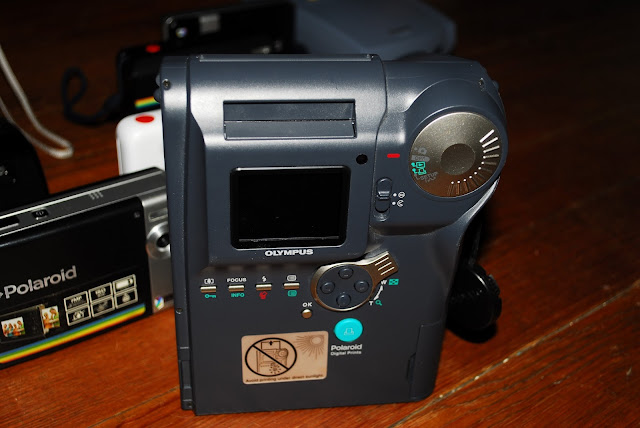 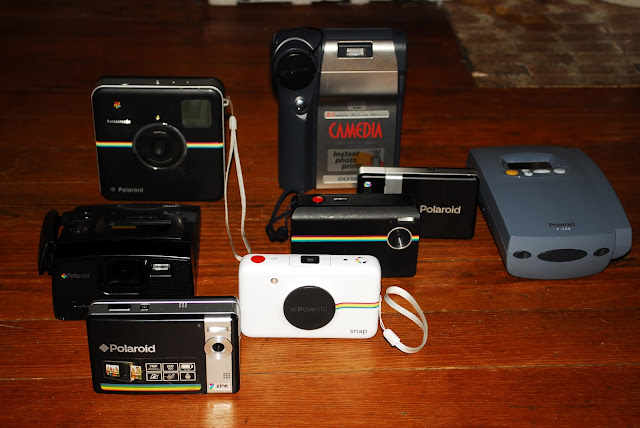